Thou Shalt Not Be a Boring Speaker

Engagement. What a nice word. A couple planning to marry. A child engrossed in a book or a game. Friends in an intense conversation. Fascinated students eager to learn. Members of an audience listening to a riveting talk.

It’s also an elusive goal, writing that book, creating that curriculum, and delivering that speech. How do you ensure engagement? It was a big topic at Cornell University’s Entrepreneurship@Cornell symposium last weekend.

Students have no tolerance for boring lectures and rote learning. And modern audiences expect TED-Talk-level presentations from their speakers. It’s a jungle out there! 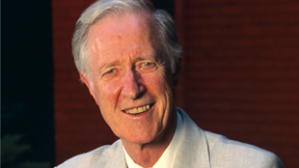 My personal hero is Frank Rhodes, President-emeritus of Cornell University and my across-the-street neighbor and friend for many years. No one knows how Frank does it in his many speeches, but he does it apparently without notes. He recites lists of names of attendees and honorees. He speaks eloquently yet conversationally. Sure, his lilting British accent help to make him sound only as erudite and smart as he really is. But the heart and warmth of his speeches make every person in the audience hold his or her breath in rapt attention. He holds our attention by giving us his attention. No one quite knows why he does, but no one doubts that Frank personally does care about him or her.

Maybe that’s because he actually does. It is that caring that  gets you from fear and clunkiness to clarity and graciousness. Knowing Frank, I suspect that, experienced though he is, a lot of preparation goes into those effortless speeches, the same way thousands of hours of practice go into a jazz riff that seems simply thrown off.

I recently read a list of 39 tips for public speaking from one of my new Twitter friends, Dr. Michelle Mazur. There were lots of good things on that list, including and foremost, getting a coach and practicing. You can’t expect to perform without learning the craft, be it playing music or using your voice to educate and entertain. It got me to thinking that I should share with you a method I’ve taught to people I’ve coached in public speaking who have as a result enjoyed greater confidence and success.

1. Thou Shalt Not Be Boring

If your text is boring, you will be boring.

A lot of advice about public speaking is addressed to the speaker getting over her or his presumed fear of public speaking. When I ask people what exactly they’re afraid of, while they don’t cite death (you know, don’t you, that public speaking is ahead of death on the list of people’s greatest fears), they often cite being boring (in addition to freezing up or blanking out). I then ask them to show me their speech or talk and than I let them have it. No wonder you’re afraid of being boring. Your script? It’s boring! 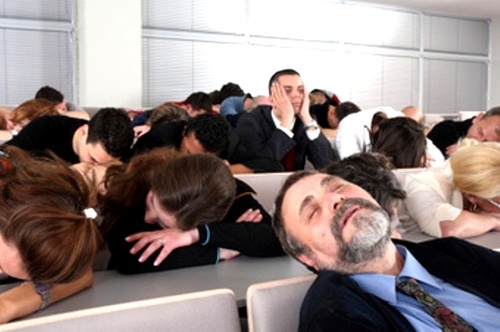 Then I get him or her to just tell me what it is they’re trying to say, and they just say it. For example, one client was a woman who needed to make an introduction for another speaker. Her written notes consisted of a recitation of the main speaker’s resume, qualifications, and publications. I fell asleep just typing those three words! Before that, though, she told me a personal anecdote about what the speaker had told her while driving him from the airport to the university. 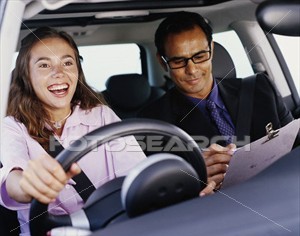 I asked her to retell that story, and I transcribed it more or less as she talked. We polished the text somewhat, and then I had her read it a few times. We tacked onto that an intro and a reference to the bio that was already printed in the program and which, undoubtedly, everyone had read or was reading as she talked. Et voilà! She came alive telling her story from the drive. It was infused with excitement and narrative drive. It was over in five minutes and she barely knew she’d done it. And it was fun!

Schenker Analysis: identifies the main notes on top and bottom of a piece of music.

As for practicing, there are things that are perfectly acceptable to read from notes: a summary of the bio, hitting just the high points with some connective commentary; names of people and publications; directions and instructions. But the story part can be handled differently. More conversationally, with loads of eye contact, maybe some walking around, facial expressions and arm gestures. If you’re quiet, do quiet intensity. People dig that, too.

4. Thou Shalt Use Crutches

Even in a longer speech, I like to take each story, or set of points in a story, and commit it to an index card. At the top of the card is the topic: “Driving Alex from the airport.” Then just make a bulleted list of the key words for your story: “Flight delay. Call from his wife. Wearing wrong shoes. So smart, yet so like us.”

5 minutes per section is a good place to start.

Have handy on the podium an easily visible watch or time app from your mobile device, maybe next to the index card. If you have an accompanying PowerPoint, use it for pictures and text that amplify or complement your words. DO NOT put your text on the slide and read it. Snooze!

The story you tell may change a bit from what you’d written, but that’s what makes it sound spontaneous and fun, the way you’d tell a friend. So what if you forget a point, or add a new one? That’s how we talk. Stick with your time allotted (two minutes, five minutes). Just your tone of voice and eye contact brings your audience in and keeps them engaged.

On the bottom of each index card is your punchline. This must be memorized and practiced, but it will also be printed right there for confidence. After each story section (or, in this case, at the end of the introduction), write a great punchline and deliver it verbatim, practiced and sure, making eye contact with the audience, and with significant pauses and timing all worked out.

“Your wife doesn’t have to worry about your shoes here, Alex — just look around you . . .  You are in Ithaca, after all!” (Peals of laughter as the audience looks at their own and others’ shabby Birkenstocks.)

If just some parts of your speech involve not reading your notes, the audience will be putty in your hands. Nothing gets you over nervousness like two-way engagement. And nothing pleases your audience more than having the real you up there before them.

Oneness Advanced Trainer, screenwriter
View all posts by OmDePlume →
This entry was posted in Tips. Bookmark the permalink.

2 Responses to Thou Shalt Not Be a Boring Speaker

Essays on Heritage and Culture

My Life In Tech, Travel, Art, and Networking

A blog from a lovable Sock with a lot of free time and an ax to grind.